Top places to visit in Botswana

Top Places to Visit in Botswana

As reported by Adventure World the African travel specialists here are top places to visit in Botswana an amazing country full of diverse wildlife and scenery:

Top places to visit in Botswana: Botswana is renowned for having some of the best wildlife and wilderness areas on the African continent. Its unique ecosystem, rivers, deltas and wetlands surrounded by inhospitable desert is not found anywhere else in the world. One of Africa’s poorest countries when it gained independence in 1966, Botswana has grown to become one of the success stories of Africa and is one of the last great refuges for nature’s pomp and spectacle. The country has dedicated 38% of its total land area to national parks, wildlife reserves and wildlife management areas, allowing animals to run free through many parts of the country. This makes wildlife viewing in Botswana some of the best in the world. We’ve found the top five places to visit to experience the best of Botswana.

Top places to visit in Botswana: Okavango Delta
The best known of Botswana’s wildlife areas, the Okavango Delta is one of the most sought after wilderness destinations in the world. The 1,000th UNESCO World Heritage Site is the Africa of safari dreams; big game viewing, tranquillity and serenity and extraordinary natural beauty. The Okavango Delta’s existence is remarkable; starting each year with rains in the Angolan highlands, the waters travel across the Caprivi Strip and spill into the fan-shaped delta in the north-west of the country, an almost 2,000 kilometre journey spanning more than six months. By the time the journey ends near Maun, in the delta’s southern fringes, over 95% of the water has been lost due to evaporation.

The channels, rivers, lakes and islands that form the delta provide amazing wildlife viewing, by land and by water. Whether game viewing from a safari vehicle, a cruise boat or a traditional mokoro, the sheer diversity and number of animals in staggering. At last count, the Okavango was home to 122 species of mammals, 71 species of fish, 444 species of birds, 64 species of reptiles and 1300 species of flowering plants. Not only will you spot elephant, lion, buffalo, giraffe, zebra, hippo and so much more; a successful reintroduction program has seen the number of black and white rhino increase. 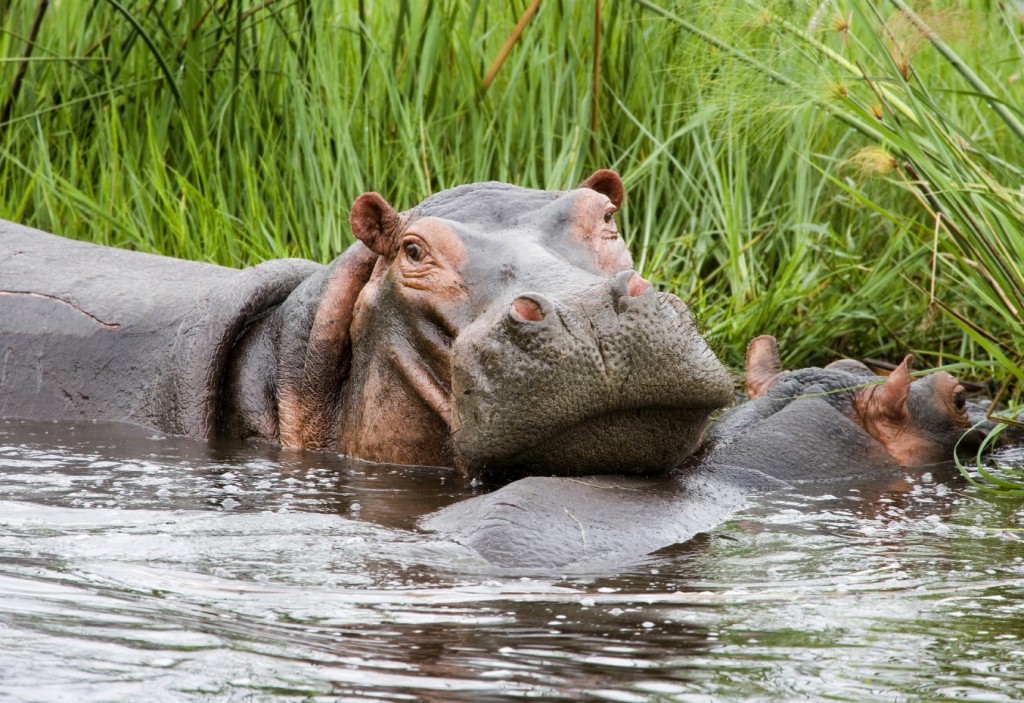 Top places to visit in Botswana: Chobe National Park
Proclaimed in 1968, Chobe National Parks receives its name from the Chobe River, a strip of brilliant blue winding through the landscape, which forms the northern border of the park. The river is also the border between Botswana and Namibia. Chobe is the third largest national park in Botswana after the Central Kalahari and Kgalagadi and is a photographer’s dream. The combination of the floodplains and the river provide a sensitive ecosystem where the wildlife congregates along waterways during the dry season.

Chobe is famous for its spectacular elephant sightings. With a population of around 70,000, Chobe has one of the highest concentrations of elephants in Africa. In this park, you can get so close to them you can feel the rumble as they communicate with each other. In the dry season, the elephants assemble in the Chobe River. Once the rains come, they start their 200 kilometre migration to the southern parts of the park. Game viewing throughout this region is a highlight – you may see buffalo, lechwe, puku (the only part of Botswana where you can see this animal), giraffe, impala, bushbuck, lions, leopards, hyena and jackal. 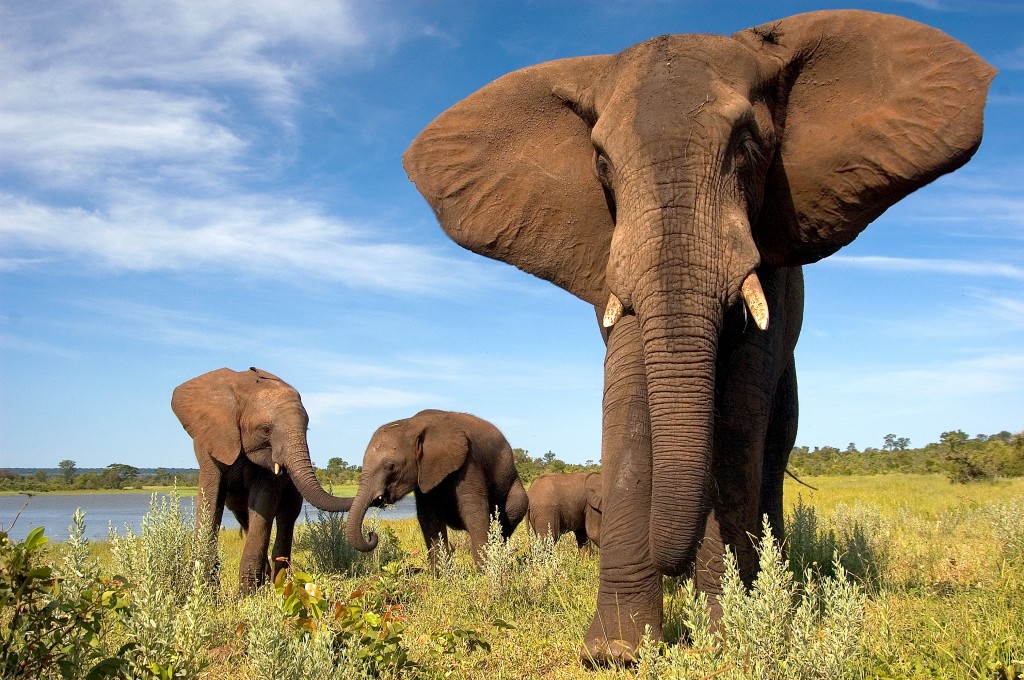 Top places to visit in Botswana: Central Kalahari Game Reserve
The Central Kalahari Game Reserve is the second largest in the world and the most remotely situated reserve in Africa. It was originally established in 1961 as a sanctuary for the San Bushmen who have inhabited the area for thousands of years. The intention was to allow them to continue living their hunter/gatherer lifestyle without the intrusion of the modern world. The reserve was closed until the 1980s and 1990s when it gradually began to open up to controlled tourism. The relocation of the San Bushmen was also attempted from this time, and it wasn’t until 2006 that the relocation was deemed illegal and the Bushmen permitted to stay in the reserve. They now live in settlements predominantly throughout the southern part of the reserve.

Wildlife concentrates in the northern area of the reserve, especially after the summer rains, where the flat grasslands become perfect grazing areas. Large herds of springbok, gemsbok, wildebeest and giraffe gather here. The sweet grasses of the Deception Valley also attract a number of animals after the rainy season, including predators like lion and cheetah. Thanks to the remoteness of the reserve, the star gazing is astounding. 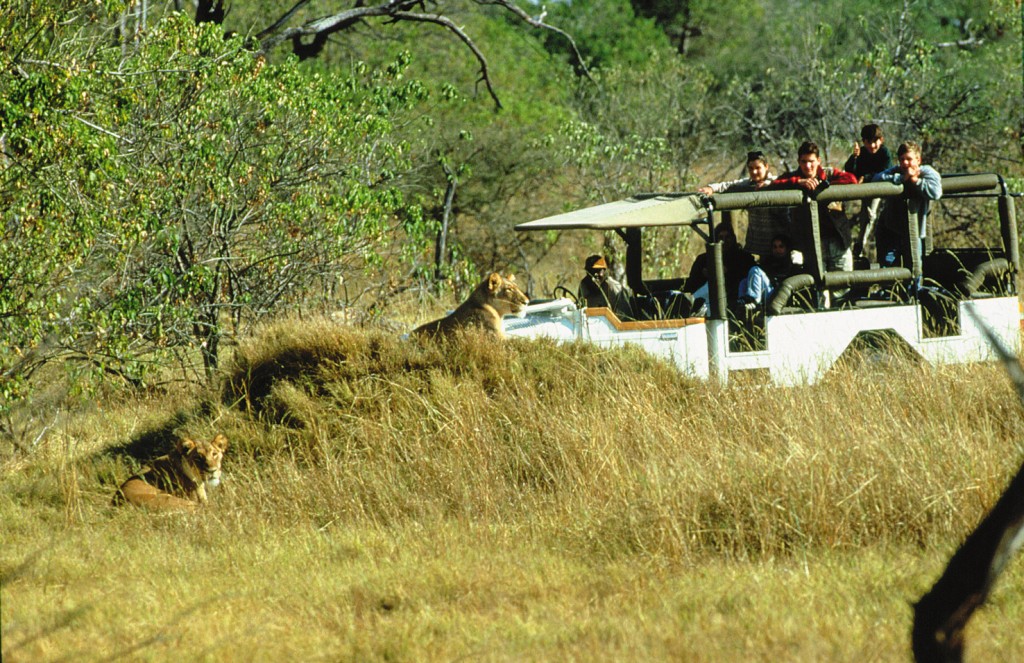 Top places to visit in Botswana: Moremi Game Reserve
Moremi Game Reserve has the distinction of being the first reserve in Africa that was established by local residents. Concerned about the impact on the area from cattle farming and uncontrolled hunting, along with the rapid decline in the wildlife population, the local Batawana people took the initiative and had the area proclaimed a game reserve in 1963. The designation of game reserve as opposed to national park meant that the local Bushmen that lived there were permitted to stay on the reserve.

Today Moremi Game Reserve is home to some of the richest and most diverse ecosystems in Africa. Situated in the eastern and central area of the Okavango Delta, the reserve encompasses the Moremi Tongue and Chief’s Island. The spectacular game viewing and bird watching includes over 400 species of endemic and migratory birds, cheetah, hippo, buffalo, hyena, red lechwe and more. The recent reintroduction of both black and white rhino now makes Moremi a Big Five safari destination. Since 1989 the reserve has been operating a project on the resident African wild dog as it is one of the major habitats of the animal. You’ll often see them wearing collars that have been placed there by researchers. 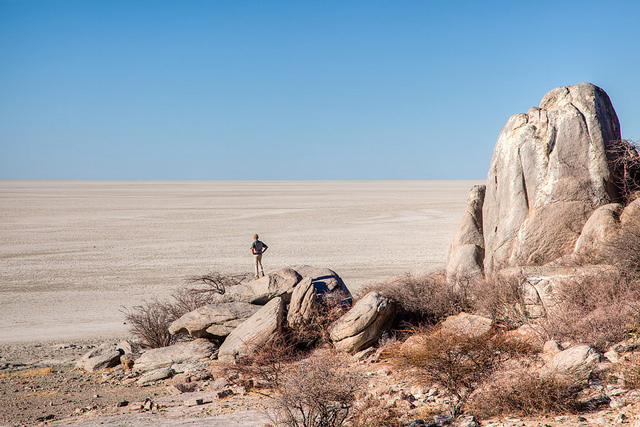 Top places to visit in Botswana: Makgadikgadi Pans National Park
To the south-east of the Okavango Delta lays one of Botswana’s lesser known tourist gems, the Makgadikgadi Pans National Park. Surrounded by the Kalahari Desert, the Makgadikgadi are a series of pans, the largest being the Sowa and Ntwetwe pans, which are surrounded by smaller pans interspersed with sand dunes, rocky islands and desert. No vegetation can grow on these salt pans, but the surrounding areas are populated with grasslands and massive baobab trees.

For most of the year, the national park remains a desolate, inhospitable wilderness; with no water the area is arid and devoid of wildlife. During and after years of plentiful rain, the Sowa and Ntwetwe pans come alive with zebra and wildebeest congregating on the grasslands as they migrate from the Boteti River to the Ntwetwe Pan. One of the most amazing wildlife spectacles during this time is the amassing of tens, sometimes hundreds of thousands of flamingos in the Sowa and Ntwetwe Sanctuaries. Gemsbok, eland, kudu, giraffe, springbok and the rare brown hyena are spotted here during this time. This wet season also transforms the salt pans into lakes. In fact, Makgadikgadi is actually an enormous prehistoric lake, a relic of what was once one of the largest inland lakes Africa has ever seen.